The use of surface temperatures recorded by satellites can greatly improve our understanding of spatial patterns and temporal changes of temperatures. To better understand the impacts on ecosystems and infrastructure from these patterns and trends, we need to study temperature changes over individual months or seasons, and not entire years 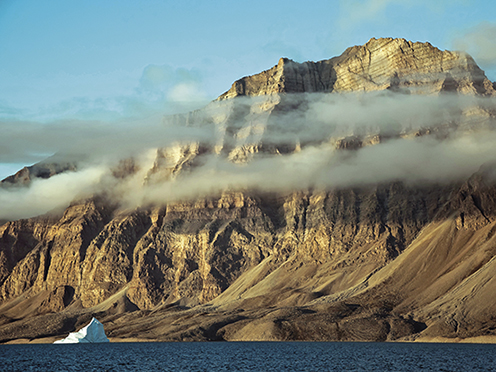 These are two of the main findings in a new study from CENPERM. Based on 15 years of surface temperature data, it is shown that the temperature in the ice-free part of Greenland (approximately 410.000 km2) has not increased markedly over the period 2001-2015, but the area has rather experienced a slight cooling. This stagnation follows a period in the 1990s with substantial warming. Based on general atmospheric pressure patterns, it is likely that a natural cooling in the 2000s has been counteracted by anthropogenic forcing, and the net result is few substantial temperature changes.

The only region where a significant seasonal warming has occurred is Southwest Greenland, during the summer season, but the area shows a cooling in the autumn. This area coincides with the region where the vast majority of people live today. The presented temperature data set constitutes a strong tool to guide decision making towards adaptation to expected future warming in the region.

The study "Contrasting temperature trends across the ice-free part of Greenland" is published in Scientific Reports, and financially supported by the Danish National Research Foundation.