On Friday 26 November, Wenyi Xu has successfully defended his PhD thesis entitled “Nitrogen cycling and greenhouse gas fluxes in Arctic tundra soils – Effects of experimentally deepened snow and tundra fire”. In his thesis, Wenyi describes the outcome of field manipulation experiments performed in the Arctic tundra. The thesis sheds light on two drivers of ecosystem processes that may alter under future conditions. 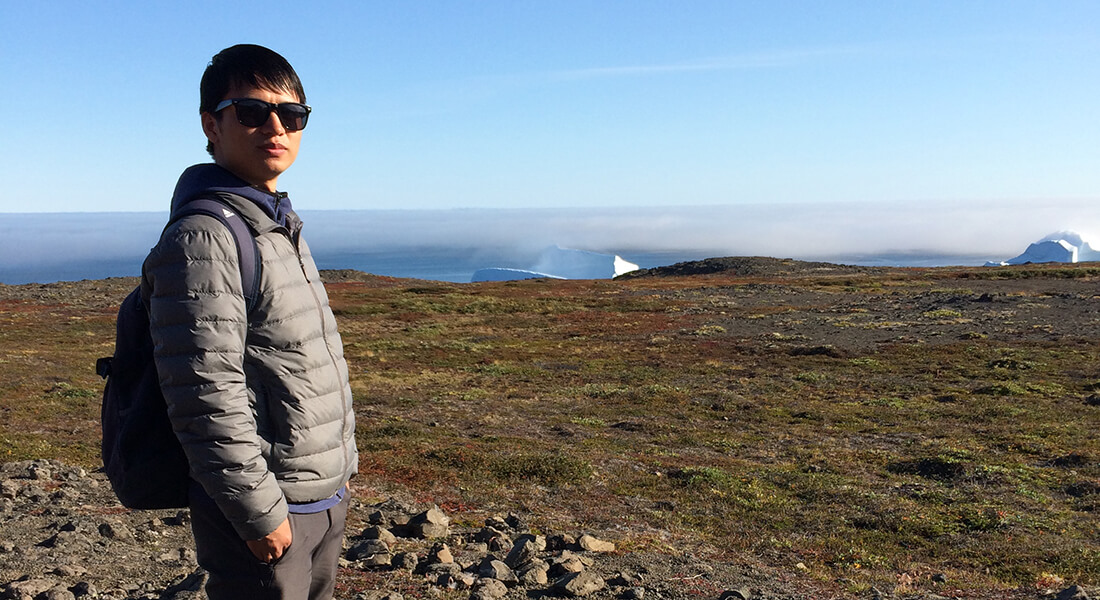 In a first set of experiments, performed in Greenland, Canada and Svalbard, snow fences were applied to artificially enhance the snow accumulation, leading to higher winter temperatures under the snow. These higher temperatures were observed to enhance soil biogeochemical processes such as nitrification, denitrification and nitrogen mineralization.

In a second set of experiments, performed on Disko Island in Greenland, the impact of tundra fires on soil nitrogen cycling was investigated. To do this, small plots of tundra vegetation were burnt under controlled conditions, and the impact of burning was studied over a two year period after the fire. In addition to this, isotopic labelling was applied to trace the turnover of nitrogen in the burnt plots. The largest impacts were observed two years after the burning took place, with enhanced soil concentrations of nitrate, phosphate and ammonium. Fluxes of carbon dioxide and nitrous oxide from the burnt plots also increased, while methane fluxes did not change.

Wenyi did his research in CENPERM under the supervision of Per Ambus (IGN).

Congratulations with this great achievement, Wenyi!