On Wednesday 13 October, CENPERM has been able to celebrate its next PhD defense: Laura Helene Rasmussen has successfully defended her thesis “Nitrate movement in the permafrost landscape affected by snow redistribution”. 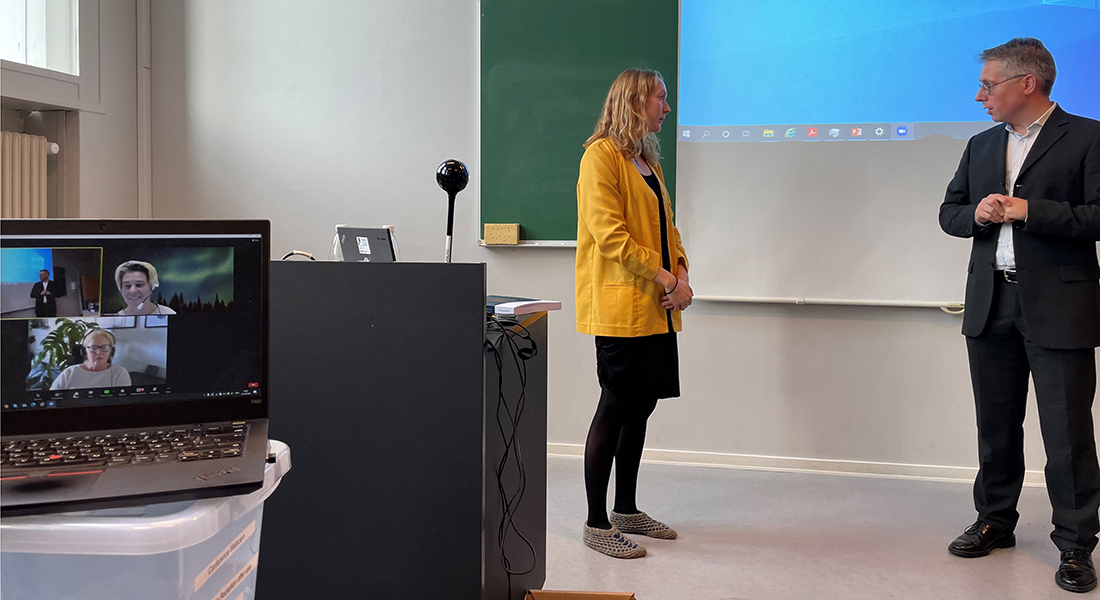 In her thesis, Laura describes a number of studies that investigate how climate change and snow redistribution affect soil nitrate concentrations and its uptake by plants and microorganisms in an Arctic tundra landscape on Disko Island, Greenland.

Laura has used existing field manipulation experiments, but also developed a new field setup that has allowed her to study the downslope movement of meltwater with nitrate. To do so, she has used isotopic labelling, tracing the transport, but also the uptake in plant components and soil microorganisms. She has used process-based modelling and structural equation modelling to assess the interactions between the drivers and processes that are relevant for this transport.

She concludes that the early-season pulse of nitrate following soil thaw is mostly taken up by microorganisms, because the plants are not ready to take up nitrogen yet. Later in the growing season, the contribution from plants gets larger. However, large differences exist between individual years and between sites, illustrating the complexity of the Arctic nitrogen cycling.

Laura’s PhD research has been a part of CENPERM, and has been supervised by Bo Elberling, Per Ambus and Anders Michelsen.