On Friday 24 September, Jolanta Rieksta has successfully defended her PhD thesis “Effects of insect herbivory and changing climate on biogenic volatile organic compound emissions in the Arctic”. Jolanta has studied these effects in field experiments in Greenland, Sweden and Norway, to see how different ecosystems are affected 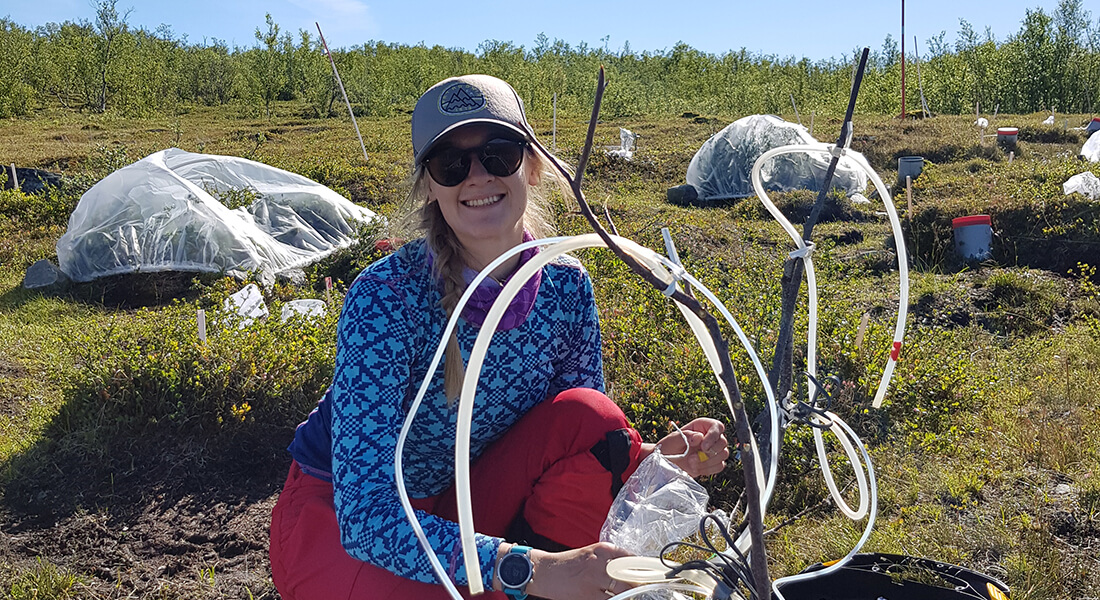 Jolanta has used long-term field manipulations that mimic changes in climate. She has also performed short-term field experiments on herbivory by enclosing larvae from several moth species in mesh bags that are wrapped around branches of birch. Inside the bags, the number of larvae was varied to study the impacts of larval densities. Emissions of biogenic volatile organic compounds from these branches were subsequently measured, to investigate how herbivory affected the amount and composition of the emitted compounds.

Overall, Jolanta showed that herbivory led to enhanced emissions of volatile compounds. Moreover, the blend of compounds was altered, where alterations could differ between the locations or the treatments. As climate change will alter not only plant emissions, but also the life cycles of insects, we may expect changes in herbivory in an altered climate. Jolanta’s research can contribute to quantification of their effect on plant emissions.

Jolanta’s PhD research was part of CENPERM and was supervised by Riikka Rinnan and Tao Li.