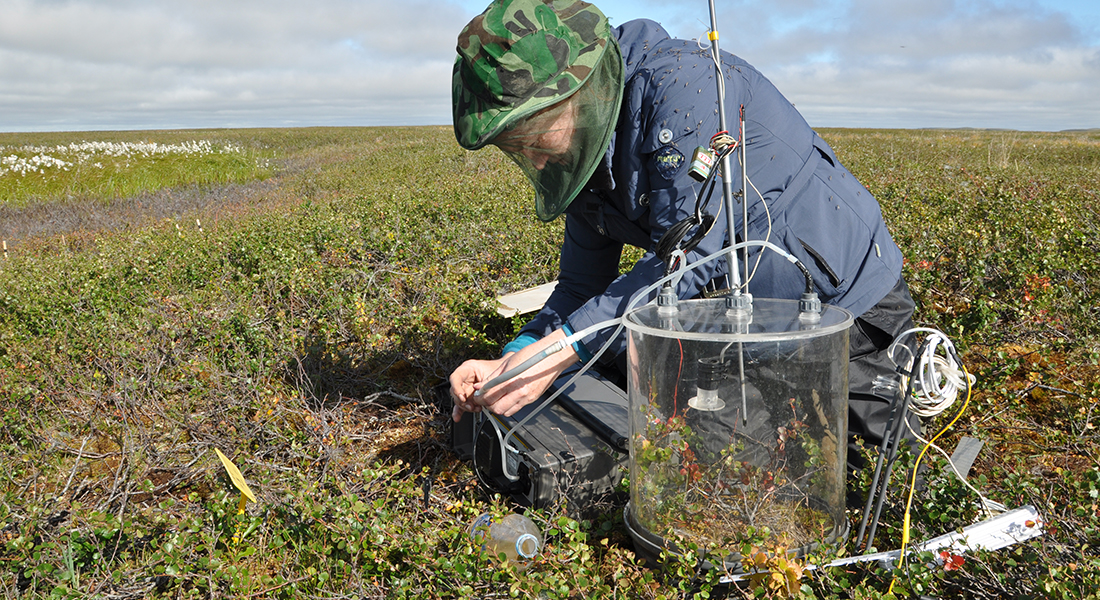 Climate change in the Arctic 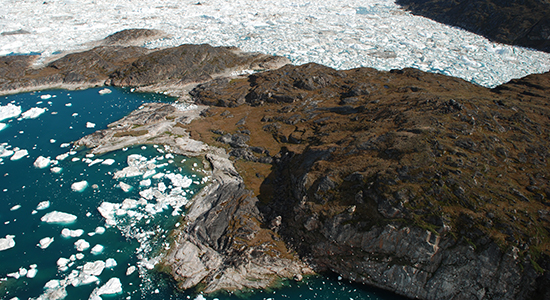 The Arctic will warm particularly strongly as a consequence of climate change, more so than most other regions on the globe. This effect, called Arctic amplification, is caused by a combination of many different factors, e.g. does a decrease in snow and ice cover cause sunlight to be absorbed rather than reflected at the surface, and is the Earth’s greenhouse effect strongest at low temperatures.

A rise in temperature will also lead to more precipitation: Warmer air can contain more water vapour, which will cause more transport of water vapour from the oceans to the land area. What this means for snow cover is uncertain: If the precipitation increases, it may increase the snowpack, but because of the rising temperatures, the snow season will also be shorter with a later onset and an earlier spring snow melt, which will reduce snow cover. Patterns in snow depth may vary regionally.

Changes in the ecosystem 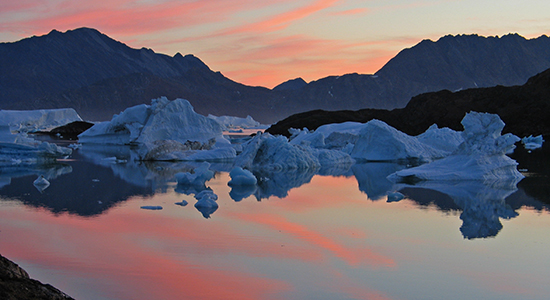 Not only microbes will profit from higher temperatures, but so do plants. Most of the year, it is too cold for plant growth in the Arctic, but if temperatures increase, we expect the growing season to start earlier in spring, and the snow in autumn to come later. This may help plants to grow better under warmer climate, and they will take up carbon dioxide from the atmosphere and thereby counteract the changes happening in the soil. As a net result, soil carbon could decrease, but plant carbon could increase. It is therefore important to look at the whole ecosystem when assessing the impact of climate change. 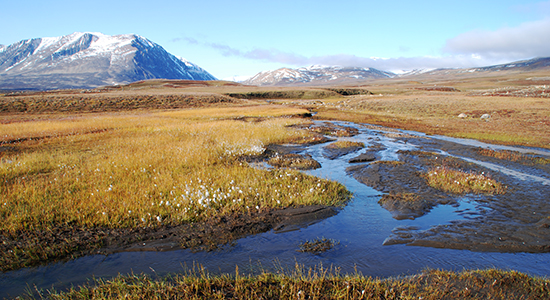 As a rule of thumb, we can expect permafrost to occur in areas where the annual mean temperature is below 0°C. In future scenarios, the temperatures show a rise, which is particularly strong in the Arctic. Because of this, permafrost will very gradually start to thaw. This can have impacts for the stability of the ground and thereby affect infrastructure such as roads or buildings.

Decomposition of organic carbon in the soil 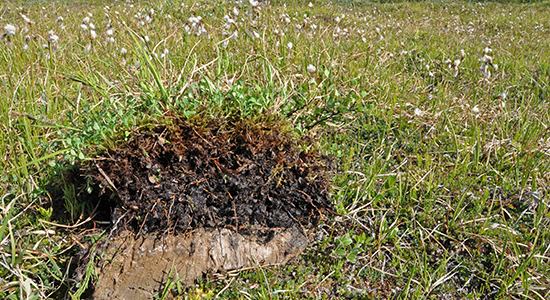 In the soil permafrost layer, there is hardly any decomposition of organic material – because the organic material is stored year-round at freezing temperatures, it is well conserved. However, if climate change causes parts of the soil to thaw for a short period each year, soil microbes will become more active and decomposition will speed up. The soil organic matter is broken down by the microbes into carbon dioxide, or also into methane if soils are very wet. Carbon dioxide and methane are greenhouse gases and their emissions may amplify climate change.