Another successful PhD defense at CENPERM this month: On 21 August 2017, Morten Dencker Schostag has defended his thesis “Living in the cold – Microbial community and function dynamics in Arctic soils at changing temperatures”. 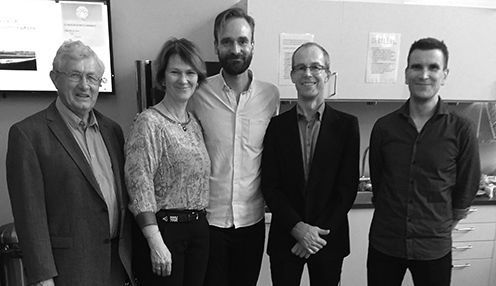 In his PhD research, Morten has used genetic techniques and developed new molecular and bioinformatics pipelines to characterize the changes in microbial communities and their processes. He has specifically investigated how microbial communities change with shifts in the temperature around the freezing point, and what this implies for their functions. He concludes amongst others that communities can change relatively quickly when temperatures are above the freezing point, and that ribosomal RNA in bacteria has a long lifetime at low temperatures. Apart from the scientific understanding, Morten’s research has also resulted in recommendations to the methodology for taking soil cores, helping to avoid contamination from surface soil in the samples that are taken from permafrost soils.

The PhD research was performed at CENPERM under the supervision of Anders Priemé (University of Copenhagen) and Carsten Suhr Jacobsen (Aarhus University).